School of the Arts Faculty and Staff

Our dedicated faculty and staff offer our students the knowledge and skills to thrive both in and out of the classroom. 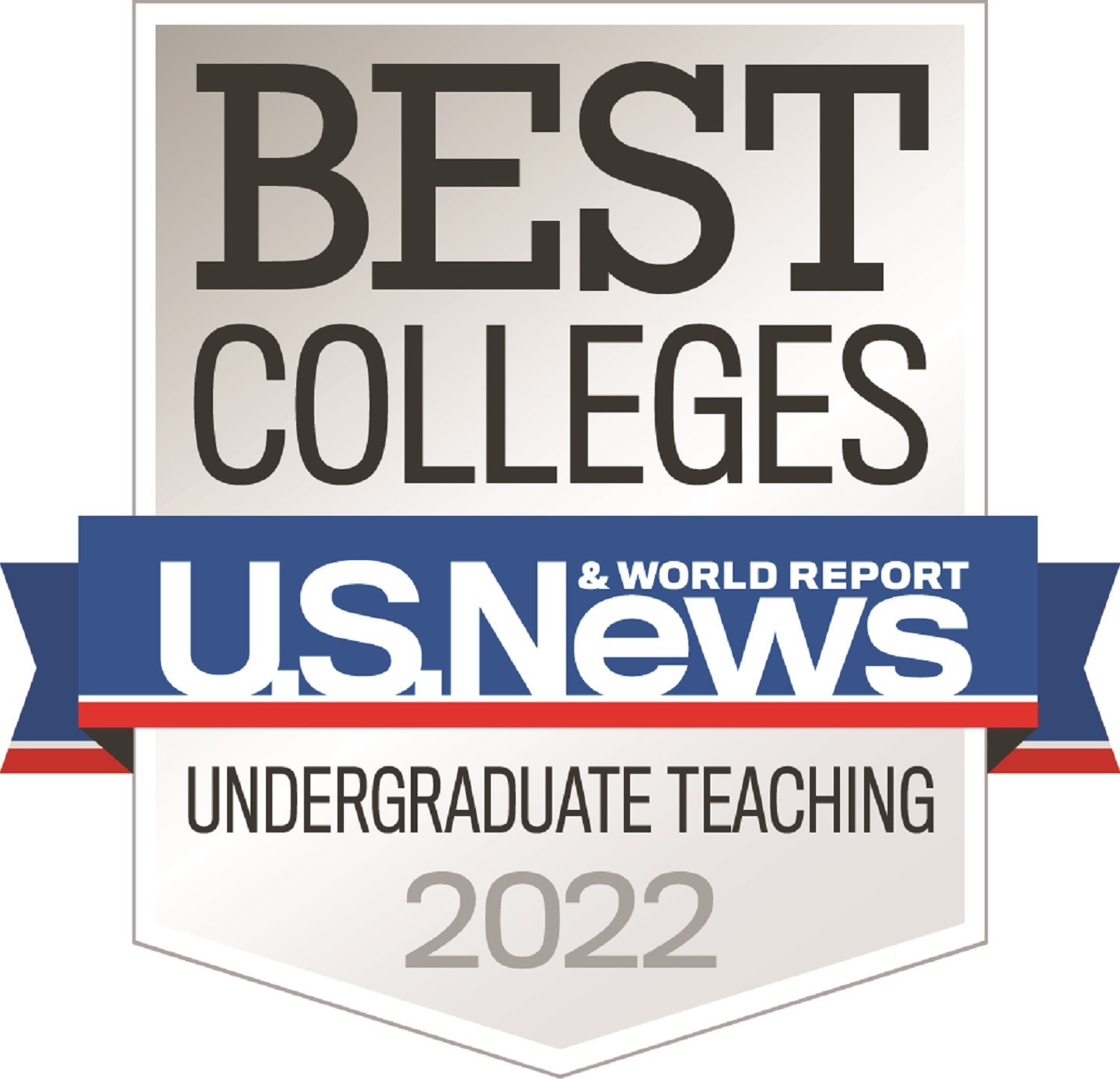 Below is a list of faculty and staff members at the School of the Arts. Click on the drop-down menu for more information. 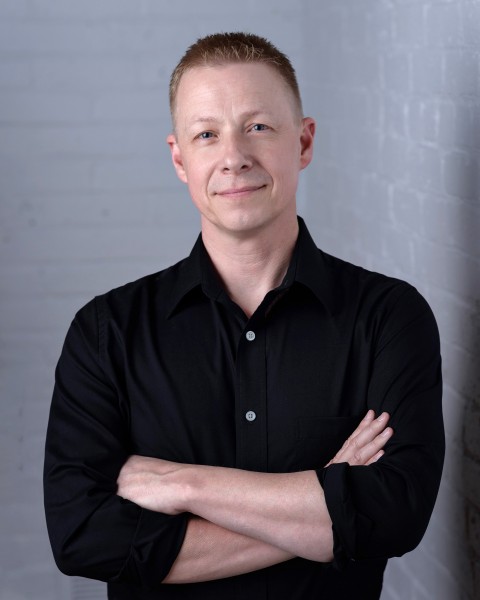 Marc M. Arentsen is the Dean of the Joan Phelps Palladino School of Dance and the School of the Arts. He is a master teacher, consultant, and artistic leader whose teaching expertise includes ballet technique, dance history, dance composition and choreography, arts administration, and artistic direction.

Passionate about the arts and people, he previously was the founding Chair of Dance at Belhaven University and the founding Artistic Director of Polarity Dance Theatre in Jackson, Mississippi. Marc earned his M.F.A. degree in Theatre Arts/Dance from The University of Arizona and received his B.F.A. degree in Ballet Performance from Friends University, prior to which he studied at conservatories in his home country of the Netherlands.  His teaching expertise includes ballet technique, dance composition/choreography and dance history, and he has appeared in, produced and collaborated on dance and theatre works in Asia, Europe, and North America.

Daniel B. Kozar serves as Assistant Professor, Program Director of Theatre for the School of Arts, and Costume-Designer-in Residence for the college. Daniel has been involved in the capacities of either designer, director, producer or performer in over 180 theatre, film or television productions in the New England area, since 2001. This would include over 75 on the Dean College campus. He has served KCACTF, Region I, in the capacity of Co-Chair, and Vice Chair, for the area Design, Technology and Management.

David joined the Dean College faculty in January 2019 as Associate Professor and Program Coordinator of Arts and Entertainment Management.  Prior to Dean College, David has worked and taught in the field of performing arts and theatre management for many years including Assistant Professor of Sports, Arts and Entertainment Management at Point Park University; Executive Director – Spruce Peak Performing Arts Center; Assistant Professor/Head-MFA Theatre Management at Florida State University; President/CEO – Luther F. Carson Four Rivers Performing Arts Center; Executive Director – The Mahaffey Theatre Foundation; and others.  He holds a BA in Theatre from Hope College and an MFA in Theatre Management/Arts Administration from University of Alabama/Alabama Shakespeare Festival.  David has served as a grant panelist for South Arts, State of Florida, State of Kentucky, State of Vermont, MidAtlantic Arts Foundation, PennPAT, State of Utah, and others.  Prior to his work as a theatre manager, presenter/programmer and educator, David was an AEA Stage Manager for 13 years.

Ali Angelone (Director/Choreographer) is an Assistant Professor of Musical Theatre for the Dean College School of the Arts. She holds an M.F.A. from Virginia Commonwealth University in Musical Theatre/Movement Pedagogy. In addition to teaching, she has directed/choreographed at various theaters throughout the country. Some of her favorites include Arena Stage, Pioneer Theatre Company, Virginia Repertory Theatre, Frostfire Theatre, Walnut Hill School for the Arts and Stagedoor Manor. Over the last six years, Ali has also had the pleasure of studying with the Laban/Bartenieff Institute of Movement Studies in New York City and most recently with Intimacy Director’s International.

Timothy Ayres-Kerr MM is a singer, composer and voice teacher based in Quincy MA. He has a BM in Vocal performance and an MM in vocal pedagogy from New England Conservatory of Music. As an active operatic tenor, he has sung with Longwood Opera, Wholetone Opera, Colby University Symphony Orchestra, Lowell House Opera, Opera 51, and the Cambridge Chamber Ensemble. His work as a Gilbert & Sullivan specialist has been recognized by the Boston Musical Intelligencer who noted that: "He sang with purity and conviction, enunciating perfectly, and acting without a touch of guile.” Tim’s one act opera, A Game of Werewolf, was awarded a place in Once Ounce Opera’s ‘Fresh Squeezed Ounce of Opera’ showcase in 2017 and has enjoyed yearly revivals by his own mobile opera troupe, The Parlour Opera Players. Tim’s commitment to giving effective performances with clear and communicative diction has led to continued work in opera, recitals, and musical theater. As an educator, Tim draws on the best aspects of the old Italian school of singing—informed by the latest scientific developments in vocal pedagogy. Distilling this vast pool of information, he stresses the need for simplicity, and focuses on the powerful role that fun can play in the voice studio. For performance excerpts and more info visit: www.timsingsthings.com

Jim Beauregard (Director/Fight Choreographer) is Associate Professor and Technical Director for The School of Arts and The School of Dance at Dean College, Franklin, MA.  Jim has served on the Executive Board for the Kennedy Center American College Theatre Festival and has also served as the Artistic Director for The Medieval Manor Theatre in Boston, Ma. Jim is entering his 23rd year at Dean College where he continues to create as a Director and choreographer, both on the boards and behind the scenes for Dean College and theatres throughout the region.

A graduate from the Boston Conservatory at Berklee (B.M Voice Performance, M.M Music Education/Vocal Pedagogy), Frankie Campofelice is among the Musical Theatre voice faculty at Dean College, as well as the voice faculty at Salem State University. His other credentials have included Berklee's Institute for Arts Education and Special Needs, in which he specialized in private voice instruction for singers on the autism spectrum, as well as Boston Arts Academy and the North End Music and Performing Arts Center in Boston, Massachusetts. In addition to his work as a vocal pedagogue, Mr. Campofelice is a freelance singer and a member of various choral and a cappella ensembles within the metro Boston area including Capella Clausura, Labyrinth Choir and Redline.

Richard Gamble holds a Ph.D. in Fine Arts from Texas Tech University where his major areas of study were arts administration and performing arts production.  He retired from Florida Atlantic University where he served as the technical director, lighting designer and department chair.  In addition, he represented the university as an officer and member of several state and regional professional organizations dedicated to advancing the arts and theatre education.  He has taught college-level courses in arts management, history, design, and technology and as a member of the United Scenic Artists he has designed and directed over 300 productions in a variety of academic and professional settings.  He is currently working as a consultant and is very pleased to be a part of Dean College.

Ava Gaudet is graduate of Berklee College of Music and a professional singer, film, television, theater, and voice actor. She played “Maureen” in the hit production of RENT on Broadway, and has had numerous TV and Film appearances over the course of her career (www.IMDB.me/AvaGaudet)

Caitlin holds a Bachelor of Arts in Creative Writing from the University of Arkansas and a Master of Arts in Composition and Rhetoric from Rhode Island College. She has worked in the arts for some time, with the most recent being Trinity Repertory Company in Providence. In addition to teaching, Caitlin is a published journalist and creative writer and owns her own consulting business working with historians and arts organizations on their digital marketing. Caitlin is an avid traveler with 41 states and five countries under her belt and spends her time engrossed in words, media, and her pug, Winston. She defines herself as an Oxford comma enthusiast and is currently located in Providence, Rhode Island.

Eva Kendrick is a voice instructor, composer, vocal coach, music director and vocalist. She is Adjunct Professor of Voice at Dean College, Chair of the Voice and Music Theory/Composition Departments at the Community Music Center of Boston, Director of the Eva Kendrick Voice Studio and Music Director at First Parish Medfield. Eva Kendrick

As a vocalist, Kendrick performs a variety of styles from classical to folk and jazz and has also won NATS awards. As a composer, she has written many works, including two operas and two full-length musicals. Her musical Operator received its premiere in 2015, supported by a grant from the Massachusetts Cultural Council, and her short opera The Break-Up, which also premiered in 2015, received an Honorable Mention from The American Prize. Her one-act opera Emily about the Amherst poet Emily Dickinson has been performed nearly a dozen times, and her choral works have been performed across the country. Recent chamber ensemble commissions and performances include the Anon Ensemble (Atlanta), Gateway Opera (St. Louis) and Verdant Vibes (Providence). Other awards Kendrick has received include the Subito Grant from the Los Angeles Chapter of the American Composers Forum, 17 ASCAPLU$ Awards, the Judith Lang Zaimont Prize from the International Alliance of Women in Music, and the Marilla McDill Award for Teaching Excellence. Upcoming projects include a new full-length dramatic work and a collaboration with the Longy School of Music and the Boston Opera Collaborative, which will premiere in the fall of 2016.

Prof. Kendrick received a M.M. in Composition with Distinction from the Longy School of Music and a B.M. in Vocal Performance from Rhode Island College.

Assistant to the Dean

Tracy Lane is the Assistant to the Dean for the Palladino School of Dance and the School of the Arts.

She received her BA in Theatre Education from Emerson College where she also trained in musical theatre, dance and voice. Tracy has been a teacher of English, musical theater, acting and dance as well as a performer, director, choreographer, costumer and producer.

Catherine Pringle is a sought-after performer and teacher. She can be heard locally and nationally as a professional soloist in oratorio, recitals, churches and professional sports games.

As an educator, she uses classical technique to build healthy voices by supporting those best practices in varied repertoire. Her special interests are voice health, performance psychology and positive mental health of young artists. Her students have achieved national and international recognition and are performing all around the world.

Mike Sartini is an adjunct instructor and percussion accompanist for tap and modern classes for School of Dance. He teaches percussion lessons and is the program coordinator for the Applied Music program. He also serves as the music contractor for musicals in the School of the Arts.

Amy Del Santo, Soprano with a BM from RIC and MM from SFSU in Classical Voice and Pedagogy, is a highly sought after vocal coach in the Southern New England Area. Amy has coached the roles of Elle Woods/Legally Blonde, Nina/In the Heights, Tracy/Hairspray, Mary Poppins and many more. Some of Amy's former students are performing on and off-Broadway and in National touring companies. Amy has been a member of Dean College's voice faculty for over a decade and performs as a recitalist of both classical and musical theater repertoire.

Courtney Shimer is the Success and Career Advisor for the School of the Arts. Courtney holds a Master’s Degree in Elementary Education and a Bachelor’s Degree in Interdisciplinary Liberal Studies from James Madison University. After spending the last decade working in the field of arts education and non-profit management, Courtney has gained a wide-range of experience in operations management, strategic planning, staff recruitment and training, program development, budget oversight, and event planning.